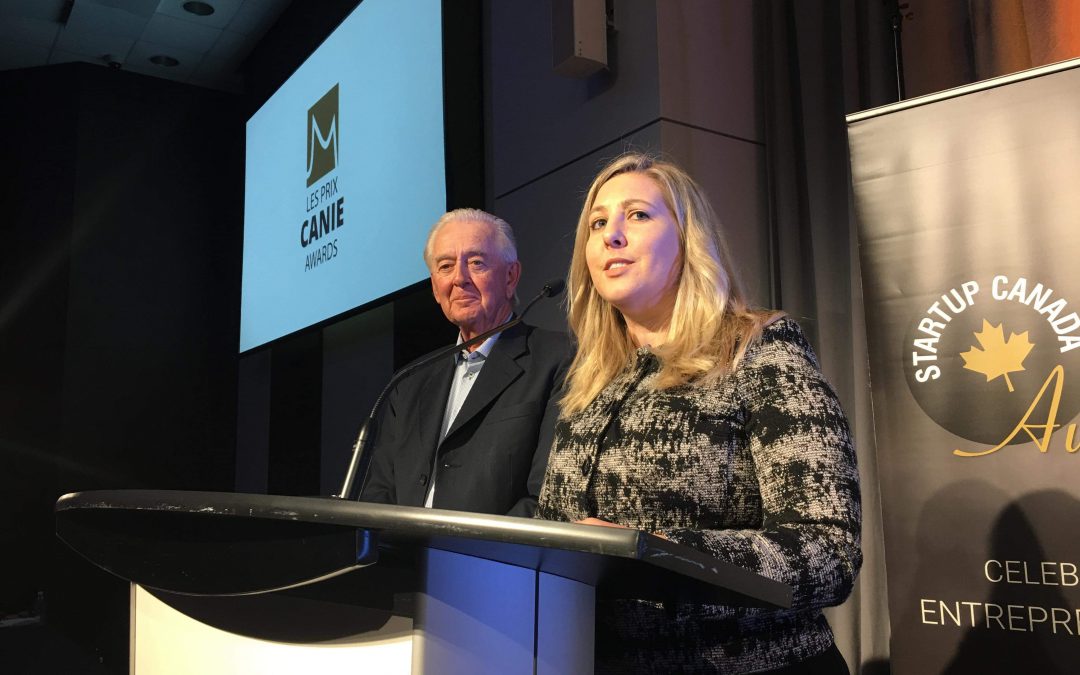 Ottawa, ON – October 23rd, 2019 | Startup Canada, Canada’s entrepreneurship organization, and the iconic Ernest C. Manning Innovation Awards, are delighted to announce the merger of their Awards Programs into the Innovators and Entrepreneurs Foundation.

The merger started after Startup Canada responded to a Call for Proposals issued by the Ernest C. Manning Foundation seeking a partner organization to assume ongoing leadership of its longstanding and most prestigious awards programme recognizing the contributions of Canadian innovators to our nation and the world.  After reviewing several proposals, the Manning Foundation Board decided that Startup Canada was the perfect home for their Awards Program and the right candidate to continue their enduring legacy, due to their track record of innovation and advancing entrepreneurship through Digital Programs, Conferences, Pitch competitions and their renowned Awards program.

Since then, both organizations have been working tirelessly in creating an elevated program of awards that will recognize Canadian innovators and entrepreneurs, and elicit growth opportunities for startups and small companies.

The emerging Foundation was announced by Preston Manning this Spring, at the Regional Startup Canada Awards at Edmonton, and represents an incredible opportunity to expand the boundaries of Canada’s Awards Programs for entrepreneurs and innovators, who are the backbone of our country’s economy and social development.

Finally last night, after months of thoughtful transition and with a heartfelt speech, Preston Manning, Founder of Manning Foundation and Victoria Lennox, President of Startup Canada unveiled  the emerging Innovators and Entrepreneurs Foundation and presented the awaited logo of the new program, at the Startup Canada Awards Grand Finale at MaRS Discovery District in Toronto.

Both boards of Directors as well as the entrepreneurial ecosystem across Canada, are expectant of the major impact that the alliance of these two powerhouses will bring. The Innovators and Entrepreneurs Foundation will select the Award winners under the global best practices.

“Entrepreneurship depends on innovation to build products and services that revolutionize industries beyond borders. Likewise, innovation requires an entrepreneurial mindset to align creativity with the market demands and the social context in which we are living,” said Victoria Lennox, President of Startup Canada. “We are excited about this new phase of both organizations and look forward to a bright future in which this Foundation will become a cornerstone for entrepreneurial communities and innovators across Canada.”

“When Innovation is united with Entrepreneurship, Canada’s prosperity is increased. The Manning Awards Foundation has long championed the recognition of Innovators and Startup Canada has long championed the recognition of Entrepreneurs said Preston Manning, Founder of Manning Foundation. Going forward we will together celebrate their contributions to Canada’s economic growth and social development”

The applications for the Awards will be opFen in December. For more information about the selection process and the eligibility criteria, visit CanadaAwards.org.

For more information and to schedule interviews, please contact:

About Ernest C. Manning Innovation Awards
The Ernest C. Manning Innovation Awards have been called the most prestigious in Canada. Since 1981, when Calgary oilman and philanthropist David E. Mitchell created the Foundation, it has recognized over 2800 nominees and awarded over $4.5M to 160 Manning Laureates. Their innovations span all areas of human endeavor, improving the lives of Canadians and others around the world while adding value to our nation’s economy. In all cases, the innovators have demonstrated entrepreneurial success.